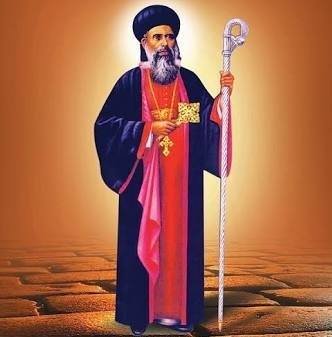 St. Gregorios College owes its name to the first canonised saint of the Orthodox Church, Saint Gregorios of Parumala. Popularly known as ParumalaKochuThirumeni, the patron saint of the college was a prudent pedagogue and educationist. The spiritual sojourn of His Grace on earth, commencing from June 15, 1848 and culminating in November 2, 1902, was a manifestation of piety and penitence. “Grow with learning and learn to grow” was His Grace’s maxim. Thirumeni not only founded many schools for secular education, but also inspired many to found educational institutions. Local historians state that it was KochuThirumeni who, during one of His Grace’s visits to Kottarakara, suggested that the present location of the college will be suitable for an educational institution. The prophetic words of His Grace came to fulfilment in 1964, with the laying of the foundation stone of St. Gregorios College. The hillock upon which the college stands came to be known as Gregorios Mount. Today St. Gregorios is a saint par excellence for people irrespective of religion, caste and community. Many churches, shrines and educational institutions have been dedicated in the name of St. Gregorios of Parumala. Let’s cherish in the memory of our Patron Saint now and for ever.