The College has a well-organized computer lab. The lab is equipped with nearly sixty computers with a dual-boot facility and all necessary accessories like a multimedia projector, scanner, and printers. A 10KVA online UPS system supplies power to the computer lab, which helps the academic community in the college to use the lab, even at the time of power failures. Internet facility is available to all computers in the lab. The service of a full-time instructor is available in the lab. In addition to the regular laboratory sessions for the students, the computer lab is offering orientation programs for the teaching and non-teaching staff. The lab is open on all working days, throughout the working time of the college.

The Computer Lab of our college was duly updated to cope up with the intricacies of modern IT requirements. All the old systems were revamped by replacing their processing units in total. Sixty computers were overhauled by installing the latest AMD Ryzen CPUs, Asus Motherboards, 8 GBDDR3 Rams, Solid State Drive (SSD’S), and each of these items are enclosed in brand new cabinets. This up-gradation is believed to serve the needs of our college exceptionally well. At present, the computer lab has 64 systems, where 60 systems are earmarked for students & four systems for faculties and other general users. Apart from the updation of computers, the old printer and scanner of the lab were also replaced. Another significant improvement in the computer lab was replacing old inverters where the old 10 Kv inverter was substituted by brand new two 10kv inverters and 18 batteries. This up-gradation has facilitated a smooth and uninterrupted usage of all the sixty-four computers for a full day. All the computers are tightly interconnected with LAN through the server installed in the lab, facilitating file sharing with a single click. All these have empowered our computer lab to act as the backbone of the college in terms of IT requirements. 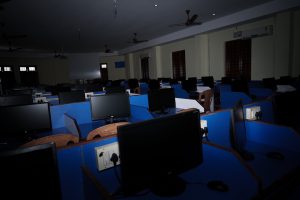 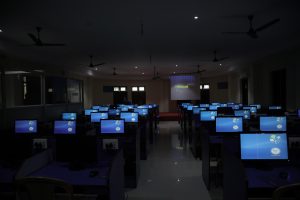 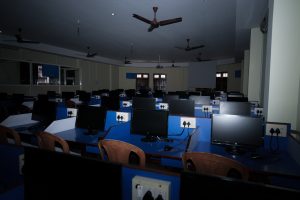